from my original blog on 7/7/19:
This summer I achieved the dream of sitting inside the cockpit of a Vulcan bomber… and wow, what an experience!

Let’s be clear, the Vulcan’s initial purpose was to deliver the Blue Danube fission bomb (yield 10-12 kt, similar to the Hiroshima bomb) against targets in the Soviet Union. The Vulcan is a solid, tangible expression of Cold War readiness for nuclear annihilation.

It was designed in response to Air Ministry Specification B.35/46 from 1947, which called for a nuclear-capable aircraft with an exceptional range for flight from British and allied airfields, able to operate out of the reach of enemy air defences. Initially this meant being able to carry the 10,000lb Blue Danube device at high altitude (circa 50,000 feet) for 2,800 km.

Blue Danube quickly became obsolete with the development of fusion bombs, and Vulcans were later armed with Blue Steel stand-off missiles, carrying 1.1 Mt warheads. Blue Steel itself was fairly obsolete with improvements in Soviet SAM technology. The British intention had been to replace Blue Steel with the American Skybolt missile, but that system was cancelled by President John F. Kennedy in 1962.

In the short term Blue Steel was retained during the “Skybolt Crisis” until the main nuclear deterrent role was taken up by Royal Navy Polaris submarines. The Vulcan’s nuclear deterrent tactics evolved into a new low-level mission profile, flying high during ‘clear transit’, dropping low on approach to the target before popping up to deploy a WE.177B parachute-retarded bomb.

There is a comment in Wikipedia that “… since the aircraft had been designed for high-altitude flight, at low altitudes it could not exceed 350 knots [400 mph]…”, and quotes RAF Air Vice Marshal Ron Dick, a former Vulcan pilot, to have said that “… it is [thus] questionable whether it could have been effective flying at low level in a war against … the Soviet Union…” – HOWEVER, during my cockpit tour at Solway Aviation Museum, my guide was sharing stories about actual flying of the Vulcan and asked us what it would have felt like to be piloting this huge aircraft, at a height of fifty feet, at 600 miles per hour?… it seems that the actual operational practice may have been different to the ‘rule book’!

This all sounds very clinical and straight forward, but the Cold War realities were quite different…

A megaton-sized bomb is of the order of 80 times more powerful than the bomb detonated over Hiroshima.

Close to the centre of the blast, temperatures will reach circa 300,000 degrees Celcius, reducing most victims’ bodies to a handful of basic minerals. Within 4 miles of the blast, the sudden change in air pressure will produce winds of around 160 mph, exerting 180 tonnes of force on the walls of all two-storey buildings. This over-pressure will cause most buildings to collapse. Third degree burns will occur for people up to 5 miles from the blast site. These burns are likely to be fatal unless the victims receive immediate treatment. First degree burns will occur up to 7 miles away. On a clear day, people up to 13 miles from the blast will experience flash blindness. 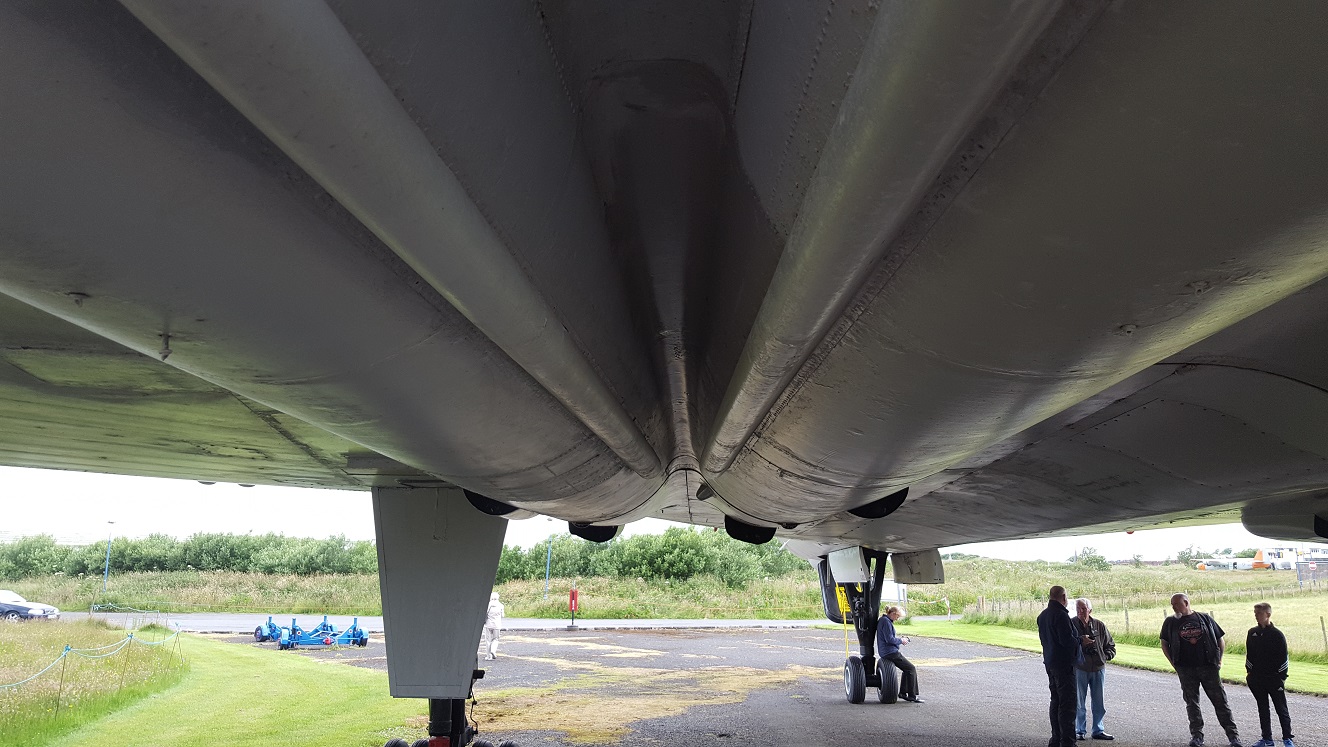 Vulcan crews lived together, trained together, holidayed together – they were very close units. When on duty they would sleep in caravans close to their aircraft, ready to fly at any time of the day or night. In the UK we could expect at most a ‘4 minute warning’ of incoming Soviet ICBMs, and our Vulcans would need to be airborne before those warheads arrived. The aircraft were kept armed and ready to go, with just a single button needed to light all 4 engines and get them into the air. Apparently the average reaction time was just 2 minutes, with the record being 90 seconds – it took me around thirty seconds to climb the ladder, let alone everything else that would have been needed to get off the ground! 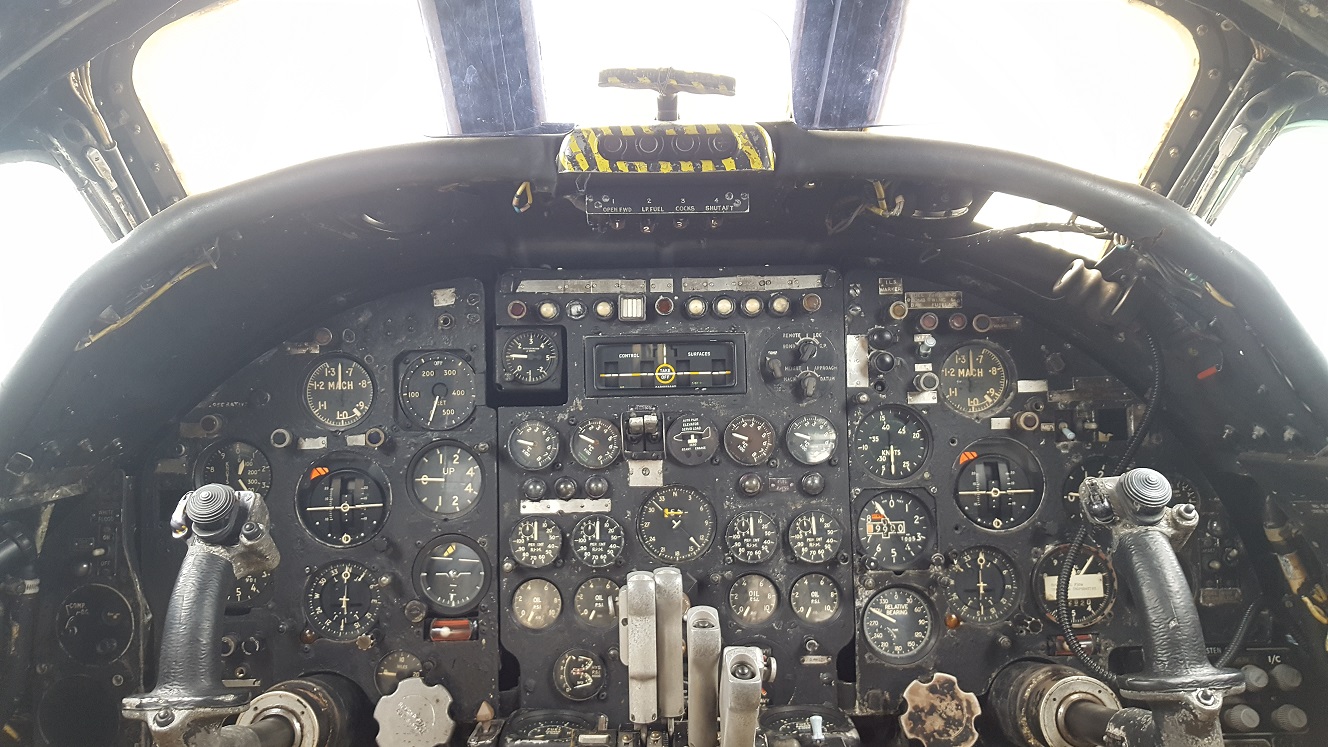 With the scale of devastation expected from just 1 weapon (and the RAF airfield I live near was targetted by the Soviets with between 2-4 warheads), the Vulcan crews knew that their families, home towns and country, would have been destroyed in the event of a real “nuclear exchange”. In that case their advice was to find somewhere warm to live after they had dropped their bomb, since there would be nothing to come home to… a sobering thought… who among us could live with that hanging over them? 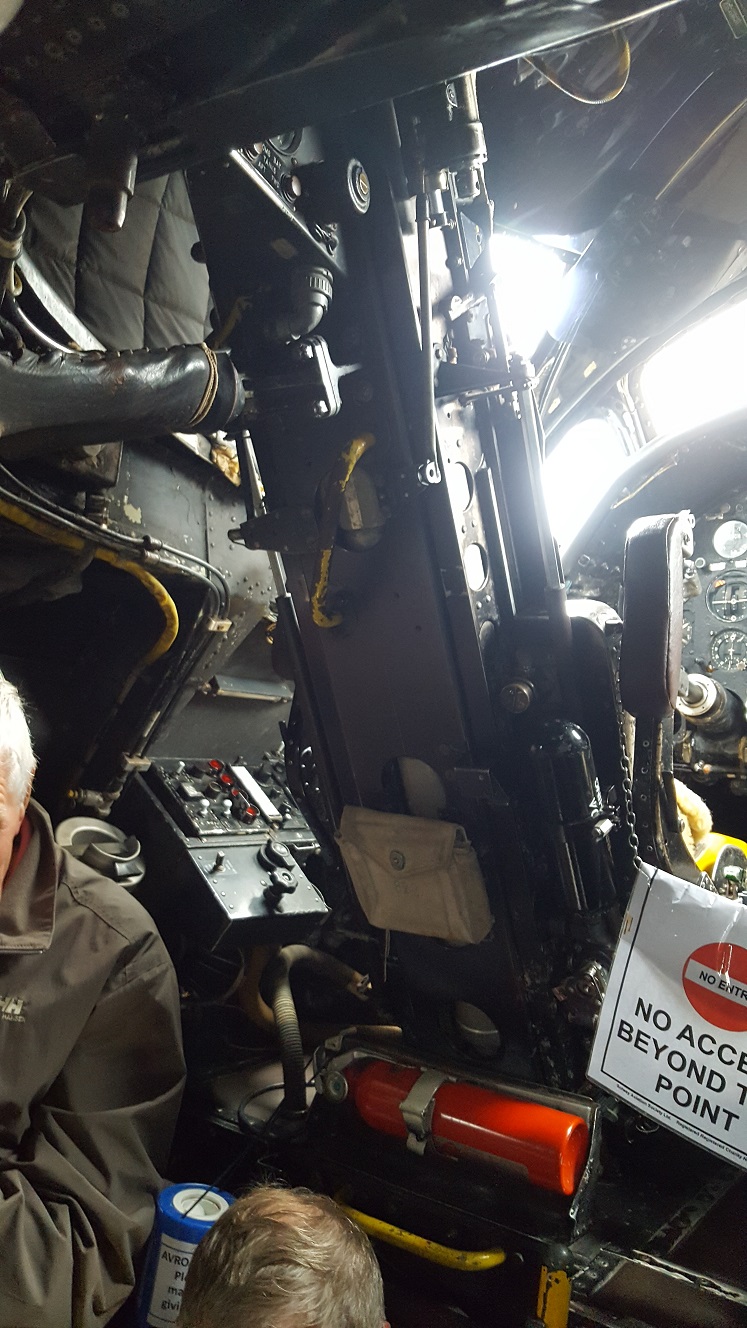 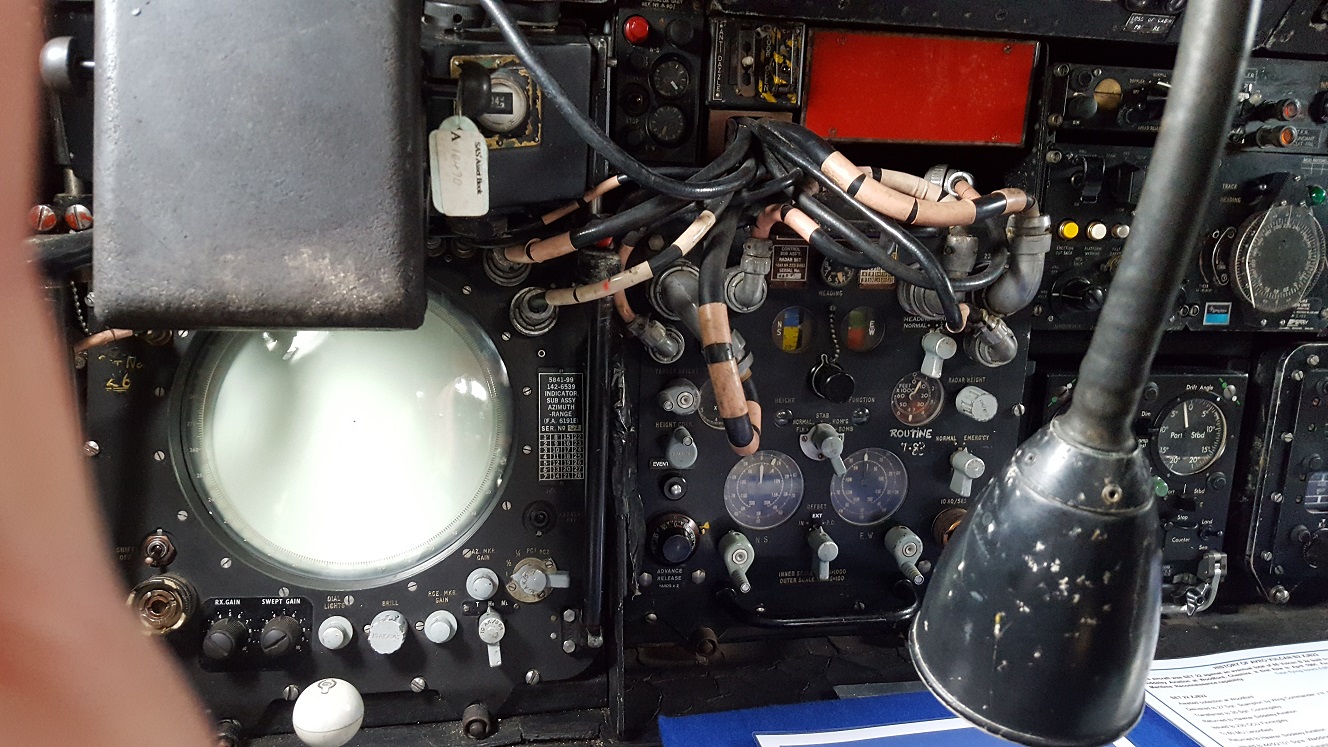 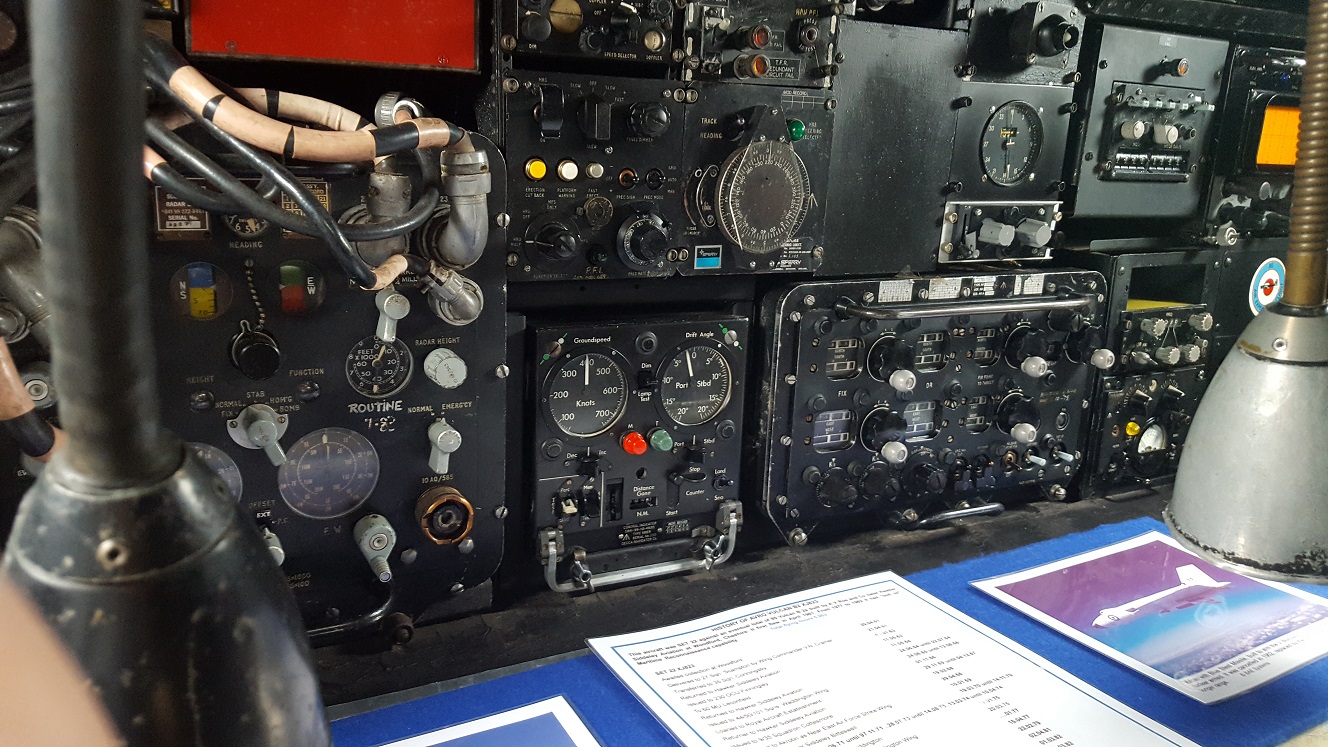 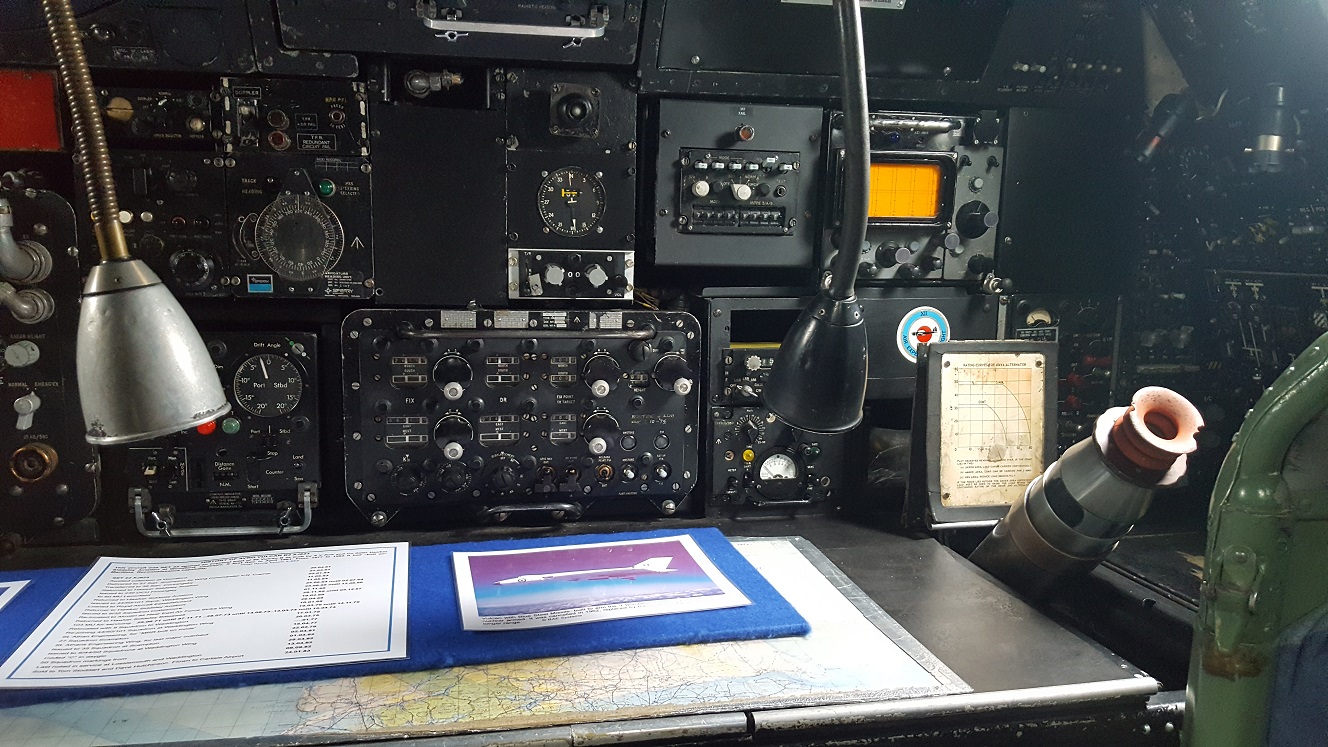 This realisation of what the Cold War truly meant comes to life when you are sat inside one of the machines that was at the heart of nuclear deterrence. That is why it is so important to keep artefacts like XJ823 on display to the public. When you have touched it, seen the wear on the instruments, and smelt that particular used, oily smell, while someone who ‘was there’ tells you what it really meant… then you are ready to judge the rhetoric and sabre-rattling of politicians today.